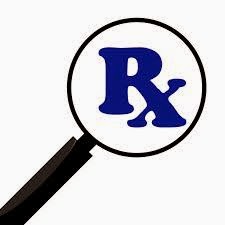 The Court of Appeal, Fourth District, Division 3, recently upheld the California State Board of Pharmacy’s revocation of a pharmacist’s license on the ground of dishonest and fraudulent Medi-Cal billing practices.   Hoang v. California State Bd. of Pharmacy, Case No. G049275 (4th App. Dist., Div. 3, Oct. 9, 2014).
Plaintiff Tue Ngoc Hoang, pharmacist-in-charge of Orange Pharmacy (Orange), appealed from a judgment denying his petition for a writ of mandate.  The petition sought to overturn a decision by the Board of Pharmacy revoking his pharmacy license and Orange’s permit to operate a pharmacy.
The Board alleged that Orange (which was ineligible to bill Medi-Cal for filling prescriptions) entered into an unlawful arrangement with another pharmacy (Pacific) to secretly bill for filling Medi-Cal patients’ prescriptions through Pacific, unlawfully receiving nearly $150,000 in Medi-Cal payments.
After CalOptima (an entity administering Medi-Cal benefits in Orange County) terminated Orange’s authorization to seek payment for filling Medi-Cal patients’ drug prescriptions (because Orange refused a new condition to allow on-site reviews of its operations as part of a fraud prevention program), Orange entered into a surreptitious arrangement with Pacific, whereby Orange used Pacific’s billing authority to obtain payment for filling the drug prescriptions of persons covered by CalOptima.  Under the arrangement, Orange created a set of labels containing its name, address, and phone number for each CalOptima-qualified patient for whom it filled a prescription.  Orange sent Pacific a record of having filled the prescription and Pacific then created a duplicate set of prescription labels for the same patients.  Using its label, Pacific applied to CalOptima for payment, thereby representing it had filled the prescription.  Upon receiving payment from CalOptima for the drug prescriptions actually filled by Orange, Pacific then funneled the money to Orange.    To foster an appearance of legitimacy for this arrangement, Orange and Pacific also created documents such as refill pharmacy contracts, purchased and borrowed logs, returned to stock memoranda, and labels that incorrectly stated that prescriptions had been transferred.  The scheme was discovered during an inspection of Pacific’s premises.
While Hoang’s son (Orange’s business manager) insisted that Pacific was acting as Orange’s refill pharmacy and that Orange had done nothing wrong, Pacific’s pharmacist in charge admitted Pacific billed CalOptima for drug prescriptions filled by Orange and denied Orange acted as a refill pharmacy for Pacific.  Notably, Hoang himself did not testify at the administrative hearing.
Although the administrative law judge (ALJ) proposed a stayed revocation with five years probation, the Board did not adopt the proposed decision and revoked Hoang’s license and Orange’s pharmacy permit.  The Board noted that Hoang gained financially from the scheme; that the misconduct was not isolated but occurred over the course of several months; that the conduct was a deception against a public benefits program and demonstrated a deliberate disregard of public health policy; and that Hoang failed to acknowledge the misconduct, demonstrate any remorse, or undergo any rehabilitation.
This case demonstrates the danger of relying on an “I did nothing wrong” defense.   Although the violation of law in this case appears to have been fairly clear, the laws and regulations are often murky when applied to specific facts.  While a practitioner might genuinely believe he or she is operating in accordance with the law, he or she must be open-minded to the possibility of being mistaken.   It can be very costly to defend an Accusation on an “innocence” defense—win or lose.  And, in the case of a loss, the defense lends itself to an inference of the practitioner’s indifference to the law, lack of remorse, and failure to rehabilitate, which may provide a basis to increase the level of discipline.
This case also demonstrates the danger of failing to introduce evidence of character, remorse, and rehabilitation.  While we will never know, had Hoang testified on his behalf (and there might have been strategic reasons for him not to have done so) or had other witnesses testify on his behalf as to his character, the Board might have accepted the ALJ’s recommendation or issued discipline less severe than revocation.   Whether in negotiations with licensing board, or at a hearing upon an Accusation, it is important for the licensee to introduce evidence of character, community service, acceptance of responsibility, and rehabilitation in order to view the licensee in the best possible light.
Posted by Ann C. Schneider, Law Office of Ann C. Schneider.  Ms. Schneider provides representation to licensed professionals throughout the State of California.  Any questions or comments should be directed to Ms. Schneider at aschneider@aschneiderlaw.com; (626) 789-1980.  Ms. Schneider’s website is located at www.aschneiderlaw.com.
Ms. Schneider focuses her practice on the representation of licensed professionals, individuals and businesses in civil, business, administrative and family law proceedings, as well as mediation.
Posted by Ann C. Schneider at 4:05 PM No comments: